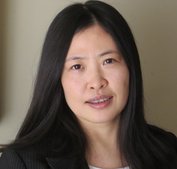 Xiaojue will serve as the Graduate Program Director in the Program in Comparative Literature starting July 1, 2021. She received her Ph.D. degree at the Institute for Comparative Literature and Society and the Department of East Asian Languages and Cultures at Columbia University in 2007. Her research and teaching focus is on modern and contemporary Chinese literature and culture, Chinese-German intellectual connections, cultural Cold War studies in global Asias, film and media studies, and comparative literature. Her new position will continue to strengthen the connection between the Department of Asian Languages & Cultures and the Comp Lit Program and enhance the Asian component in the era of comparative literature across borders.