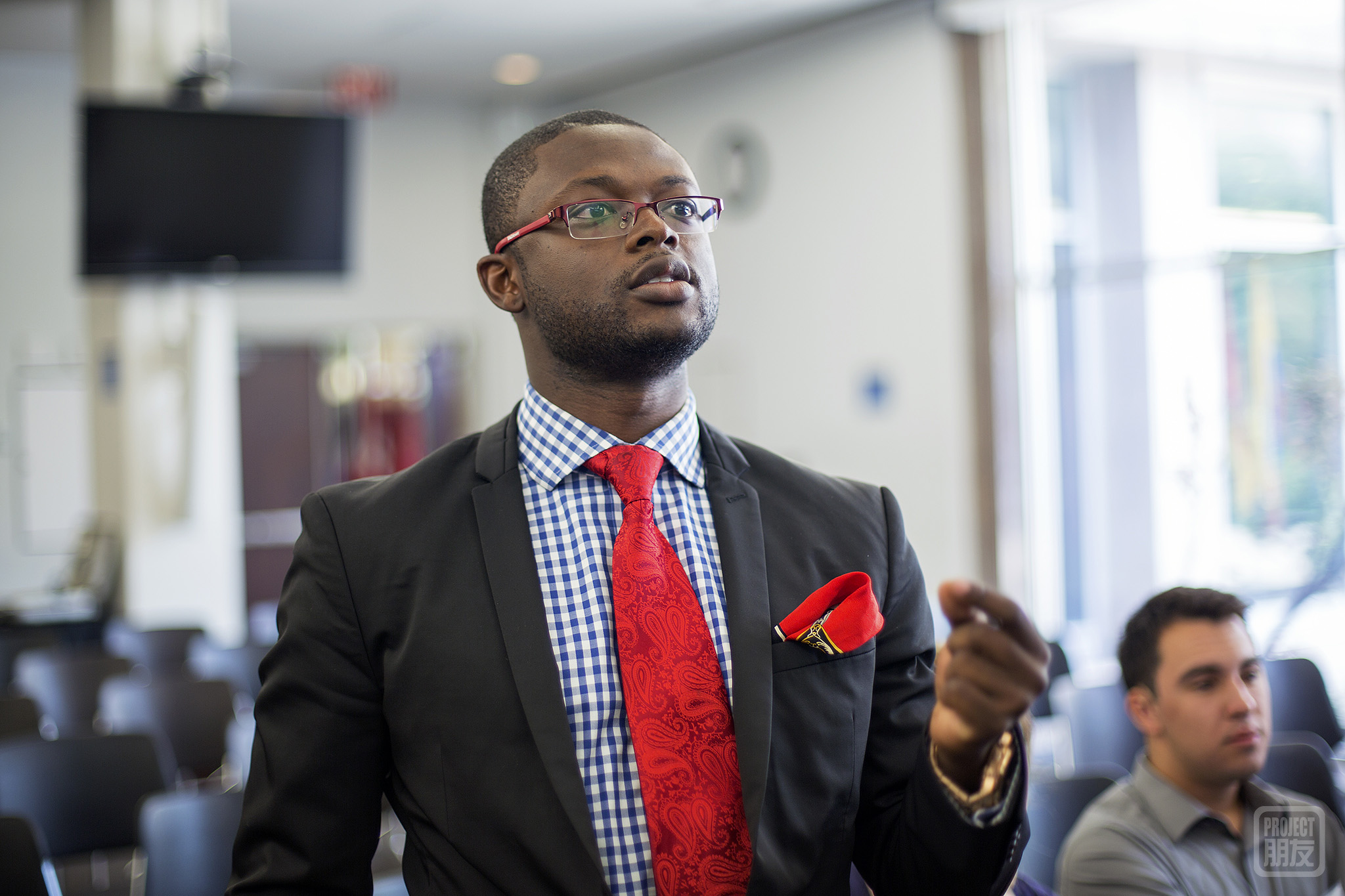 Nathan Gwira, a first-generation American, has been named a 2016 Charles B. Rangel International Affairs Fellow – the second Rutgers graduate to be honored. The prestigious fellowship will provide Gwira about $95,000 toward tuition, fees and living expenses while he pursues a master's degree in international affairs over the next two years. After earning a degree, the fellowship program requires at least a five-year commitment as a U.S. Foreign Service officer.

When he studied abroad in China – with professor of Chinese and Asian Languages & Cultures department chair Richard VanNess Simmons leading the program – Gwira was so interested in Chinese language and culture that he moved there for two years after graduation and taught English while learning and becoming fluent in Mandarin Chinese. He's also fluent in the West African languages of Akan/Twi and Fante, and he's familiar with French.

The Rangel Graduate Fellowship program – a joint effort between Howard University in Washington and the state department – selects 30 Rangel Fellows each year. Its goal is to prepare those chosen for U.S. Foreign Service careers, where they can help form, represent and carry out U.S. foreign policy.