We are pleased to announce that this past weekend three Rutgers students in our Chinese language program participated in Chinese speech contests that were held at nearby venues in the tri-state area and two of them placed among the winners!

Anh Tran and Kayla Krause competed in the 2014 Dragon Cup Competition 中华龙杯 that was held at Joseph's University on Saturday, March 29, and Anh won second place in the beginner's level. Congratulations to Anh!

Kayla and Anh are both first-year students who have been studying Chinese for just 5 months. Both are greatly enjoying learning the language. Kayla's presentation was a "Story of Mine" and Anh told a "Vietnamese Children's Story." Both of them did a terrific job.

"This experience has helped me improve my Chinese fluency and allowed me to encounter various aspects of Chinese culture as presented by other contestants and professional performers. It was also great to make new friends and connections with students studying Chinese at other universities and hear about their experiences."--Jeremy Yeaton '15 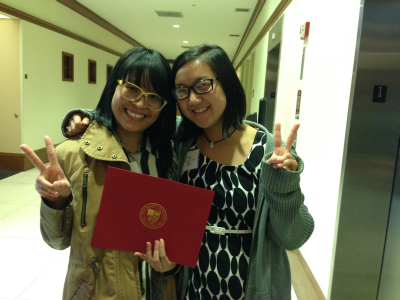 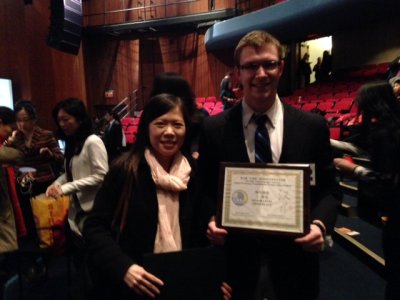