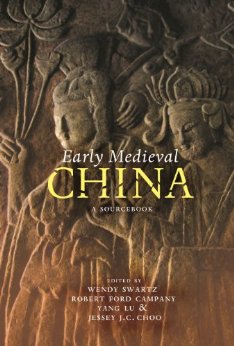 This innovative sourcebook builds a dynamic understanding of China's early medieval period (220--589) through an original selection and arrangement of literary, historical, religious, and critical texts. A tumultuous and formative era, these centuries saw the longest stretch of political fragmentation in China's imperial history, resulting in new ethnic configurations, the rise of powerful clans, and a pervasive divide between north and south.

Deploying thematic categories, the editors sketch the period in a novel way for students and, by featuring many texts translated into English for the first time, recast the era for specialists. Thematic topics include regional definitions and tensions, governing mechanisms and social reality, ideas of self and other, relations with the unseen world, everyday life, and cultural concepts. Within each section, the editors and translators introduce the selected texts and provide critical commentary on their historical significance, along with suggestions for further reading and research.

"This magisterial volume is of singular importance to the study of early medieval Chinese history, literature, thought, and religion. Written by the Who's Who in a field that has grown exponentially in recent years, this sourcebook presents up-to-date scholarship at the highest level. Wide ranging in scope, rich in detail, and thoroughly interdisciplinary, it serves as the principal guide to the world of early medieval China and as a wonderful inspiration to students."

"A rich and pathbreaking collection, this volume encourages new ways of thinking about the period that transcend traditional boundaries. The expert translations and extensive critical matter make it an indispensible resource on early medieval China."