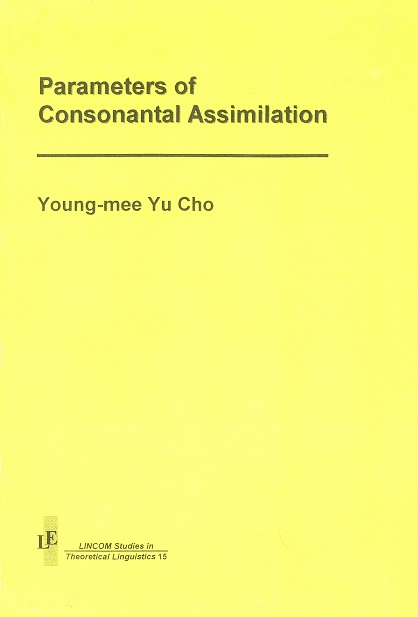 The goal of this book is to develop a parametric theory of consonantal assimilation, one of the most well-attested processes in phonology and one which has been described extensively enough to construct a theory of some predictive power. The emphasis lies in constructing a parametric theory in which all and only the possible types of assimilations can be obtained through very simple combinations of the possible settings of the following six parameters:

(1) Site of Spreading, (2) Specification on Target and/or Trigger, (3) Locality Conditions, (Relative Ordering between Spreading and Redundancy Rules, (5) Directionality, and (6) Domain of Spreading.

The study is based on detailed analyses of the assimilation phenomena of Korean, Japanese, and Sanskrit, among other languages. Building on the theoretical assumptions made by Autosegmental Phonology, Feature Geometry, Under-specification, and Lexical Phonology, all the parameters involved in local and unbounded assimilation are identified. In addition, certain universal tendencies regarding consonantal assimilation find natural explanation in the present framework.