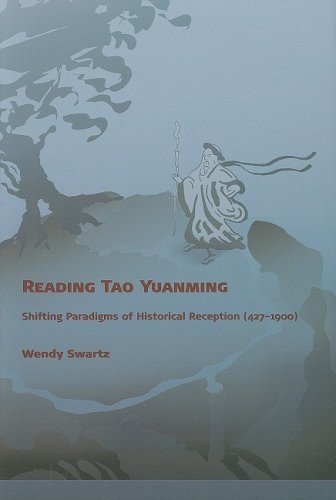 Tao Yuanming (365?–427), although dismissed as a poet following his death, is now considered one of China’s greatest authors. Over the centuries, portrayals of his life—some focusing on his eccentricity, others on his exemplary virtue—have elevated him to iconic status. This study of the posthumous reputation of a central figure in Chinese literary history, the mechanisms at work in the reception of his works, and the canonization both of Tao himself and of particular readings of his works sheds light on the transformation of literature and culture in premodern China.

By historicizing hermeneutical problems through inquiry into their social and intellectual bases, rather than accepting particular claims as timeless standards by which to assess Tao’s work, this book reveals the range of conditions that made these claims possible in the first place. This study sought to chart this range of possibility to explain what makes a particular hermeneutical inquiry relevant for a given historical moment and not at an earlier one. Swartz's focus on readers’ interpretive negotiations with Tao’s works within a framework of larger changes in reading practices and cultural demands also permitted her to explain the very different pictures of Tao Yuanming and the divergent ways of reading his works diachronically, while synchronically illuminating central issues animating pre-modern Chinese culture as a whole.

"Although Tao Yuanming now has a secure place in the Chinese literary canon, this was not always the case. This theoretically well-grounded book is the most comprehensive study of the reception history of Tao Yuanming's reclusion, personality, and writings, from his own time to the late Qing dynasty. The book shows how multi-dimensional a figure such as Tao Yuanming became as he was read over time. This book is essential reading for anyone interested in early medieval literature or reception history in a Chinese context."

"A sinological tour de force, this book is a necessary read for anyone interested in Chinese literature and its reception history over the centuries."