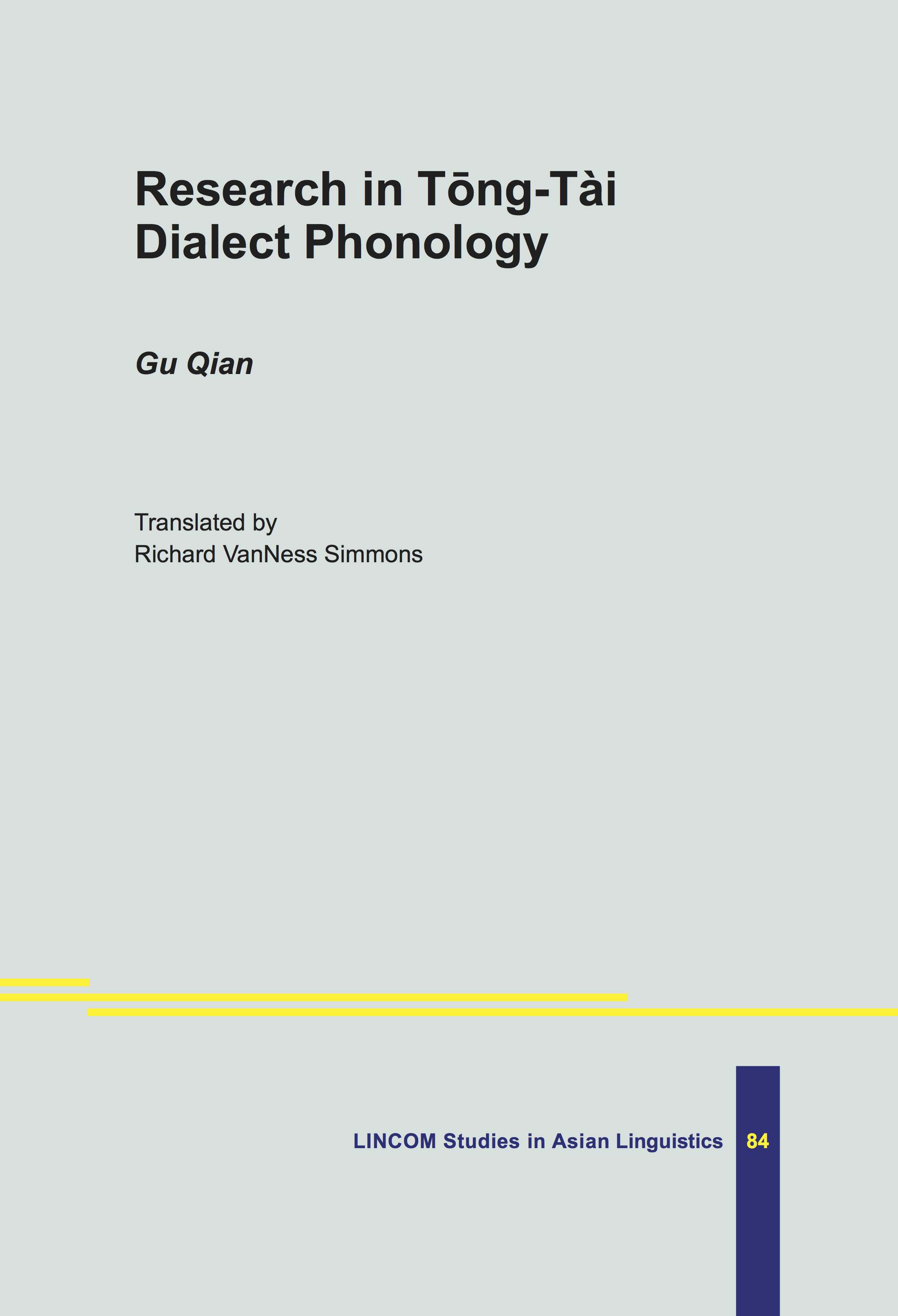 This volume is an English translation of Tōng-­Tài fāngyán yánjiū 通泰方言音韵研究 by Gù Qián 顾黔 2001 (Chinese monograph published by Nanjing University Press 南京大学出版社, 2001). The Tōng-­Tài dialects are a branch of the Jiāng-­Huái Mandarin dialects located in the Tàizhōu region on the northern side of the Yangtze watershed in Jiāngsū. Located just across the river from the Wú dialect region to the south, the Tōng-­Tài dialects form the southernmost edge of the vast Mandarin dialect area to the north. The Tōng-­Tài dialects are the most complex variety of Mandarin, evidencing characteristics of great value to the understanding of the history of Mandarin and Chinese dialect phonology. The present study is based on extensive fieldwork in the region and is the most comprehensive study of this dialect group available. It begins with a brief introduction to the dialect area's geography, population, and history, followed by an overview of historical studies of the Tōng-­Tài dialects. The core of the book is a comparative synchronic and diachronic study of Tōng-­Tài dialect phonology, including the initial consonants, main vowels and endings, tones, and rhyme structure. The book also contains a comprehensive presentation of the common Tōng-­Tài phonological system, with reference to Middle Chinese and within the context of Mandarin in general. The Appendices to the volume provide a comprehensive inventory of Tōng­-Tài morphosyllables as well as an extensive lexicon of forms and words unique to the Tōng-Tài dialects.